If you’re considering vision correction surgery, you’ve probably heard of LASIK. This minimally-invasive outpatient procedure has helped millions of people achieve clearer vision. In fact, the U.S. Food and Drug Administration (FDA) estimates that over 700,000 procedures are performed annually in the United States. But what exactly is LASIK? How does it work? Is it right for you? Let’s look at everything you need to know about LASIK with our team at Giant Optical in Hempstead. 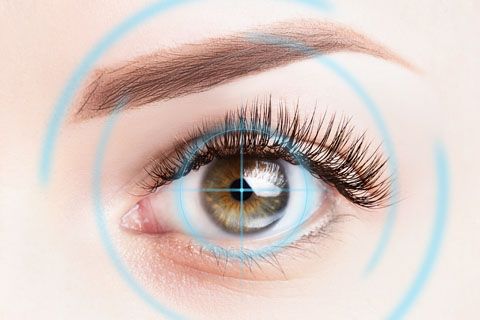 LASIK is a refractive surgery that corrects vision problems. Some of the most common ones treated with this surgery include nearsightedness, farsightedness, and astigmatism. The goal of LASIK is to improve your vision so that you no longer need glasses or contact lenses.

How Does LASIK Work?

During LASIK surgery, an eye doctor will use a laser to create a thin flap in your cornea which is the clear, dome-shaped outermost layer of your eye. The eye doctor will then fold back the flap and gently remove some tissue beneath with a laser. This helps reshape your cornea so that light entering your eye can be properly focused on your retina resulting in clearer vision.

The FDA has cleared lasers for use in performing LASIK surgery since 1999. Numerous studies have shown that LASIK is a safe and effective vision correction option with a high rate of patient satisfaction. In fact, a 2016 study found that 96% of survey respondents who had undergone LASIK were very satisfied with their results.

As with any type of surgery, there are some risks associated with LASIK. However, these risks are rare and usually minor. The side effects that have been associated with it include dry eyes, temporary visual disturbances such as glare or halos around lights, and under or over-correction of your vision problem. These side effects are usually temporary and typically resolve within a few months after surgery.

Visit Our Optometry Clinic for LASIK Pre and Post-op Care

If you’re considering vision correction surgery and want to learn more about your options, schedule a consultation with Dr. Goldberg at Giant Optical in Hempstead. We will perform a comprehensive eye exam and help you determine if LASIK or another type of refractive surgery is right for you. Call our team today at (516) 481-2020 or reach us through our website by using our online contact form.

We look forward to hearing from you